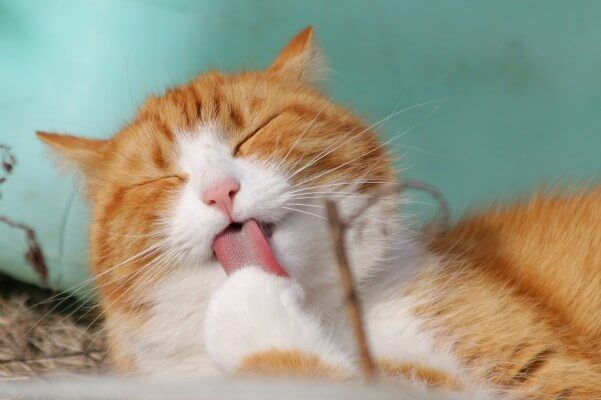 Did you know that reference to tongue scraping is found in the ancient Ayurvedic text the Charaka Samhita, one of the foundational texts of Ayurveda written approximately 2000 years ago?

According to the Charaka Samhita, tongue scraping should be a part of one’s daily health and hygiene routine (called dinacarya in Sanskrit). It is stated in the fifth chapter of its first book, the Sutra Sthana, which deals with oral hygiene:

One should use a toothbrush twice a day to remove impurities from the teeth.
This removes bad odor and tastelessness born from the mouth, teeth and tongue.
Having removed the impurities, good taste and purity and luster of the teeth is restored.
Impurities at the root of the tongue cause bad breath and obstruct the breathing, thus the tongue should be scraped.
Tongue scrapers should be curved and without a sharp edge and made of metal.

As you can see, tongue scraping as part of one’s daily oral hygiene regimen has a long pedigree! A long pedigree, yes, but one which is supported by modern science also: it was found in a recent study published in the Journal of Periodontology (2004) that the use of a tongue scraper was more effective at reducing volatile sulfur compounds by 30% over just using a toothbrush.

To include tongue scraping in your daily regimen, it is recommended by Ayurvedic specialists to scrape your tongue first thing in the morning on an empty stomach, scraping the tongue from back to front a few times and rinsing the scraper in between.

And together with daily brushing of your teeth and using mouthwash, you will be contributing your best to your own oral health and can expect freshness of breath and a clean sense of taste as well!

If you are inspired to integrate this ancient Ayurvedic practice into your daily regimen and you need a good-quality tongue scraper, you may order one from us.

And as a Special Offer you can use coupon code CLEAN25 for 25% off your purchase : )

For more information from an Ayurvedic perspective on the practices and benefits of tongue scraping, check out this informative article, The Benefits of Tongue Scraping by Dr. Sheila Patel from The Chopra Center.