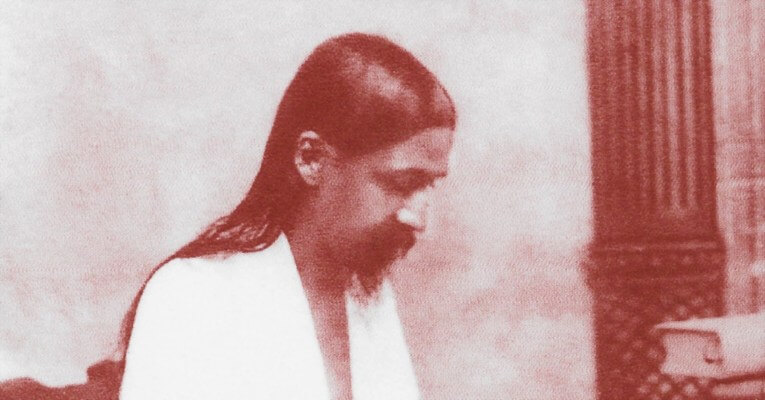 What is Integral Yoga? What makes it different from other schools and systems of yoga and philosophy? How does one practice it and integrate it into one’s daily life?

This book, containing a selection of letters written by Sri Aurobindo to his students, sets out to answer these questions in Sri Aurobindo’s own words.

As Sri Aurobindo wrote extensively to his disciples, providing guidance on all aspects of life and yoga, his letters fill six or seven volumes and more than 4000 pages. Reading all these presents a daunting task for anyone trying to get acquainted with Sri Aurobindo’s teaching and the practice of the Integral Yoga. Thus this book presents a very useful distillation of Sri Aurobindo’s teaching contained in his letters, serving as an excellent introduction to the Integral Yoga.

It also contains a very useful glossary of specialized English and Sanskrit terms used by Sri Aurobindo throughout his letters.

The letters chosen and selected for this book are organized by the compilers into the following headings:

The teaching of Sri Aurobindo starts from that of the ancient sages of India that behind the appearances of the universe there is the Reality of a Being and Consciousness, a Self of all things, one and eternal. All beings are united in that One Self and Spirit but divided by a certain separativity of consciousness, an ignorance of their true Self and Reality in the mind, life and body. It is possible by a certain psychological discipline to remove this veil of separative consciousness and become aware of the true Self, the Divinity within us and all.

Sri Aurobindo’s teaching states that this One Being and Consciousness is involved here in Matter. Evolution is the method by which it liberates itself; consciousness appears in what seems to be inconscient, and once having appeared is self-impelled to grow higher and higher and at the same time to enlarge and develop towards a greater and greater perfection. Life is the first step of this release of consciousness; mind is the second; but the evolution does not finish with mind, it awaits a release into something greater, a consciousness which is spiritual and supramental. The next step of the evolution must be towards the development of Supermind and Spirit as the dominant power in the conscious being. For only then will the involved Divinity in things release itself entirely and it become possible for life to manifest perfection.

But while the former steps in evolution were taken by Nature without a conscious will in the plant and animal life, in man Nature becomes able to evolve by a conscious will in the instrument. It is not, however, by the mental will in man that this can be wholly done, for the mind goes only to a certain point and after that can only move in a circle. A conversion has to be made, a turning of the consciousness by which mind has to change into the higher principle. This method is to be found through the ancient psychological discipline and practice of Yoga. In the past, it has been attempted by a drawing away from the world and a disappearance into the height of the Self or Spirit. Sri Aurobindo teaches that a descent of the higher principle is possible which will not merely release the spiritual Self out of the world, but release it in the world, replace the mind’s ignorance or its very limited knowledge by a supramental Truth-Consciousness which will be a sufficient instrument of the inner Self and make it possible for the human being to find himself dynamically as well as inwardly and grow out of his still animal humanity into a diviner race. The psychological discipline of Yoga can be used to that end by opening all the parts of the being to a conversion or transformation through the descent and working of the higher still concealed supramental principle.

This, however, cannot be done at once or in a short time or by any rapid or miraculous transformation. Many steps have to be taken by the seeker before the supramental descent is possible. Man lives mostly in his surface mind, life and body, but there is an inner being within him with greater possibilities to which he has to awake – for it is only a very restricted influence from it that he receives now and that pushes him to a constant pursuit of a greater beauty, harmony, power and knowledge. The first process of Yoga is therefore to open the ranges of this inner being and to live from there outward, governing his outward life by an inner light and force. In doing so he discovers in himself his true soul which is not this outer mixture of mental, vital and physical elements but something of the Reality behind them, a spark from the one Divine Fire. He has to learn to live in his soul and purify and orientate by its drive towards the Truth the rest of the nature. There can follow afterwards an opening upward and descent of a higher principle of the Being. But even then it is not at once the full supramental Light and Force. For there are several ranges of consciousness between the ordinary human mind and the supramental Truth-Consciousness. These intervening ranges have to be opened up and their power brought down into the mind, life and body. Only afterwards can the full power of the Truth-Consciousness work in the nature. The process of this self-discipline or Sadhana is therefore long and difficult, but even a little of it is so much gained because it makes the ultimate release and perfection more possible.

There are many things belonging to older systems that are necessary on the way – an opening of the mind to a greater wideness and to the sense of the Self and the Infinite, an emergence into what has been called the cosmic consciousness, mastery over the desires and passions; an outward asceticism is not essential, but the conquest of desire and attachment and a control over the body and its needs, greeds and instincts are indispensable. There is a combination of the principles of the old systems, the way of knowledge through the mind’s discernment between Reality and the appearance, the heart’s way of devotion, love and surrender and the way of works turning the will away from motives of self-interest to the Truth and the service of a greater Reality than the ego. For the whole being has to be trained so that it can respond and be transformed when it is possible for that greater Light and Force to work in the nature. …

This is Sri Aurobindo’s teaching and method of practice. It is not his object to develop any one religion or to amalgamate the older religions or to found any new religion – for any of these things would lead away from his central purpose. The one aim of his Yoga is an inner self-development by which each one who follows it can in time discover the One Self in all and evolve a higher consciousness than the mental, a spiritual and supramental consciousness which will transform and divinise human nature.

The sadhana of this yoga does not proceed through any set mental teaching or prescribed forms of meditation, Mantras or others, but by aspiration, by a self-concentration inwards or upwards, by self-opening to an Influence, to the Divine Power above us and its workings, to the Divine Presence in the heart and by the rejection of all that is foreign to these things. It is only by faith, aspiration and surrender that this self-opening can come.

There are two ways of doing Yoga, one by knowledge and one’s own efforts, the other by reliance on the Mother. In the last way one has to offer one’s mind and heart and all to the Mother for her Force to work on it, call her in all difficulties, have faith and bhakti. At first it takes time, often a long time, for the consciousness to be prepared in this way – and during that time many difficulties can come up, but if one perseveres a time comes when all is ready, the Mother’s Force opens the consciousness fully to the Divine, then all that must develop develops within, spiritual experience comes and with it the knowledge and union with the Divine.

Yoga through work is the easiest and most effective way to enter into the stream of this Sadhana.

It is not well to spend the whole time or a greater part of the time in meditation unless one is very strong in mind – for one gets into the habit of living in an inner world entirely and losing touch with external realities – this brings in a one-sided inharmonious movement and may lead to disturbance of balance. To do both meditation and work and dedicate both to the Mother is the best thing.

What do you call meditation? Shutting the eyes and concentrating? It is only one method for calling down the true consciousness. To join with the true consciousness or feel its descent is the only thing important and if it comes without the orthodox method, as it always did with me, so much the better. Meditation is only a means or device, the true movement is when even walking, working or speaking one is still in sadhana.

To concentrate most on one’s own spiritual growth and experience is the first necessity of the sadhak – to be eager to help others draws away from the inner work. To grow in the spirit is the greatest help one can give to others, for then something flows out naturally to those around that helps them.