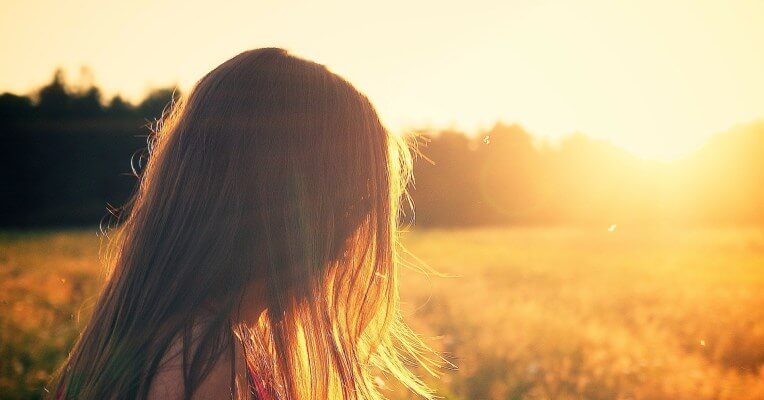 As we are now starting the summer season in the Northern Hemisphere (summer officially started on June 21st, the summer solstice and also International Yoga Day), here are a few Ayurvedic seasonal tips (ṛtucaryā) for self-care in the hot summer months.

The summer season is known in Sanskrit as grīṣma, and the summer health and hygiene routine is called in Ayurveda, grīṣma ṛtucaryā. According to Ayurveda and Indian tradition, there are actually six seasons (ṛtu) rather than four, and grīṣma is the hottest season, roughly corresponding to the months April and May in the Western calendar. While these months are often the hottest months in the Indian subcontinent, it is not so for much of the rest of the Northern Hemisphere, wherein the hottest month is typically July. So though grīṣma is technically a different season, the Ayurvedic routine and self-care tips for summer are the same, regardless of the actual calendar date.

Another important factor to note is that depending on your local climate, the summer season may be dry or moist and the seasonal self-care routine should be adjusted accordingly. For example, the summer is often hot and humid on the American East Coast, while on the contrary, it is often hot and very dry on the West Coast.

In all cases, summer has an abundance of natural light and hot temperatures, with pitta being the predominant Ayurvedic dosha and agni (fire) and vāyu (air) the predominant elements, and Ayurvedic wisdom for the summer largely revolves around pacifying the excess pitta dosha in the body. Though pitta predominates, the vāta dosha also gets activated to some extent in summer and addressing vāta imbalances is therefore also a minor factor in summer season ṛtucaryā.

Ayurvedic diet tips for the summer can be summed up briefly as: eat lightly and stay hydrated!

According to Ayurveda, the digestive and metabolic fire (or agni) is not as strong in the summer as in the other months and the body is not able to handle too much of heavy foods like dairy, red meat or fried foods. These foods should therefore be avoided or eaten in moderation. Dehydrating foods like caffeinated beverages or alcohol should also be avoided or consumed in moderation. As the bodily agni tends to be greatest in the middle of the day, Ayurvedic wisdom suggests to eat the heavier meal at midday and eat lightly at dinner. Light or cooling foods should be eaten in greater proportions, including fresh fruits and vegetables like salad greens, cucumbers, squash, leafy greens, seasonal stone fruits, berries, melons, etc.

It is also very important to stay hydrated throughout the day by drinking plenty of water. As the metabolic agni is already low, iced beverages should be avoided, as these tend to reduce the body’s agni. The occasional juice of lemon or lime with a pinch of salt (and a touch of honey or jaggery) is also beneficial to recuperate the body salts lost through sweating.

In summer it is best to adjust one’s exercise routine and outdoor work or activity to avoid the midday heat and sun — heat stroke or heat exhaustion can be very harmful to the body. Strenuous exercise or outdoor activities are better to do in the morning; gentler forms of exercise (stretching or less strenuous forms of hatha yoga, for example) or light outdoor activities would be suitable in the evening. If activity outdoors at midday is unavoidable, take protective measures like wearing a hat and make sure to stay hydrated and take a break at the first sign of discomfort.

As the daylight endures for longer in summer (more pronounced in higher latitudes), it is natural to be active longer and go to bed a little later than usual. And though Ayurvedic wisdom generally recommends against sleeping during daytime, summer is the one season where an afternoon nap may be advisable.

Protect your Skin and Hair

While more pronounced in climates with drier summers, even in humid climates the summertime with its increase of the bodily pitta can be very drying to the skin. This can be further exacerbated if you spend a lot of time in air-conditioned environments or in chlorinated swimming pools. Moreover, overexposure to the sun can cause sunburn and sun-damage to the hair.

In these conditions, keeping the skin and hair moisturized and well-protected from the sun becomes paramount.

One traditional Ayurvedic remedy for the summer, widely practiced in India, is the daily application of a cooling oil like coconut oil to the body and hair (commonly after shower). Coconut oil is considered to have a cooling potency (śīta vīrya) in Ayurveda, and helpful in conditions related to excess pitta which are prevalent in summer. And according to medical research, coconut oil naturally blocks up to 20% of the sun’s damaging rays! When used properly (after the initial inflammation has subsided), coconut oil is also helpful in the treatment of sunburn.

And of course simple common-sense approaches to protecting one’s skin and hair should not be forgotten, such as covering the body and head when outdoors with clothing and a hat, scarf or bandana.

While the increase of heat and pitta in summer has an effect on our digestion, metabolism, periods of rest & activity and the condition of our skin and hair, which necessitates seasonal changes in our daily routine, excess pitta can also contribute to negative psychological feelings which challenge our mental and emotional well-being, like feelings of agitation, irritation, impatience, aggression and anger. According to age-old Ayurvedic wisdom, these feelings become more prevalent as the heat increases and we should take measures to “stay cool” and remain calm and steady in the face of the challenging weather.

Regular practice of meditation and grounding practices like hatha yoga and prāṇāyāma can be very helpful in this regard.

So all in all, stay cool(!), and follow a few tips from ancient Ayurvedic wisdom to enjoy the summer fully while it lasts!

With all best wishes to your health and wellness from Auromere

1 thought on “Ayurvedic Wisdom for the Summer Season”